How to Analyze Water Test Results and Choose the Right Filter? 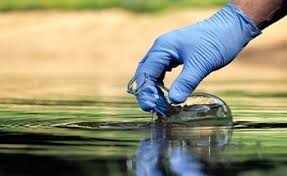 Laboratory analysis is a basic step to know the quality of water flowing in our taps.  Upon receiving water test results, many people have a big problem with their proper interpretation. Numbers alone without adequate knowledge cannot tell us much. That is why below we describe water quality standards (WQS): what they indicate and what exceeding their norms may mean for our health. We also suggest, which filters can be used to restore optimal water quality.

Water color – according to Poland’s water quality standard – should be acceptable for consumers. Its color in itself does not pose any threat. It only influences our aesthetic feelings.  Water of any color is considered unappetizing. However, it is worth paying attention to this feature.  Its sudden change may be connected with exceeding the standards of other water parameters. Most often the change of color results from a high amount of iron or manganese or natural organic substances. Discoloration of water may also be a sign that corrosion has occurred in copper water pipes.  Then the water has a greenish-blue color.

Depending on the cause of the color change, appropriate filters should be used. In the case of iron and manganese, it is advisable to use a de-ironing and de-manganizing unit.  For organic compounds a multi-functional station with a suitably selected mixture of deposits or a reverse osmosis system can help. If the color of the water is intrinsic, appropriate activated carbon filters should improve its color.

Turbidity of water is caused by the presence of undissolved particles of inorganic and organic origin. The former include sands, clay, iron and manganese compounds.  The latter include humus compounds, plankton, bacteria and dead plant particles.  What is more, turbidity of water may also be caused by its contamination with domestic or industrial sewage. The lack of water transparency very often goes along with elevated microbiological indicators as suspended solids are very popular among bacteria. Cloudy water poses a big problem for disinfection.  Disinfectants or UV lamps are not able to penetrate deep into the suspension and effectively eliminate bacteria.  Mechanical filters are used to remove turbidity of the water itself.

According to Poland’s regulations, water should have an odor acceptable to consumers (preferably none). Changes in odor may be caused by the presence of gases, decomposition products of organic substances, domestic, household or industrial wastewater. The most common test results include an odor rating on a 5-point scale and a term indicating the origin of the odor, e.g.: ferrous (caused by the presence of iron), hydrogen sulfide (due to the presence of anaerobic bacteria), chlorine (side effect of the water disinfection process), chemical (caused by the ingress of foreign substances into the water). Depending on the source of contamination, appropriate water treatment equipment should be selected.

It is also worth paying attention to the change in the smell of hot water. If such water smells of hydrogen sulfide (rotten egg smell), it is likely that anaerobic bacteria have developed in our boiler. To avoid this problem, clean the device and replace  anodes as recommended by a manufacturer.

The pH value is a characteristic of the solution caused by the presence of characteristic hydrogen ions. This parameter is graded on a scale from 0 to 14 (where 7 is neutral). Poland’s pH standard for drinking water ranges from 6.5 to 9.5. This is quite a wide range.  Ideally the pH value of tap water should be higher than 7.4.  This is because the blood circulating in our body must maintain a balance at that level. According to scientific research, it is best for us to drink water with the pH above 8 as it helps maintain the correct acid-base balance in our bodies. Water with the pH value below 7-7.3 unfortunately aggravates the acidification process. In addition, acidic water (below 7 pH) has a negative impact on water installations made of copper, causing corrosion.

The pH value of drinking water can be raised, among other things, by using special ionizer devices or suitable pitcher filters. Water with a higher pH can also be obtained by using a linear ionizer, which is an additional element of reverse osmosis sets.

A common problem in Poland is the so-called hard water, which has a high concentration of calcium and magnesium salts. It results in scaling of spouts, faucets, kettles, washing machines and dishwashers. In terms of health, hard water can irritate the skin and has a negative impact on hair. However, soft water is more harmful to human health. Its consumption has a negative impact on the skeletal system and impairs the proper functioning of muscles, including the heart muscle. This is because it leaches calcium salts from the body.

Therefore, the European Union recommends that the minimum value of drinking water is 150 mg CaCO3/l. In the case of very hard water – due to the occurrence of limescale – water treatment companies recommend the installation of a so-called softener. It is installed at the water intake point, thus protecting both the pipes and household appliances.

Conductivity describes the ability of water to conduct electricity. Its magnitude depends on the number of ions dissolved in the water. Water containing a large number of ions (e.g. sea water) conducts electricity very well. Water in its pure form has practically no conductivity. Conductivity is considered a characteristic of natural water and is commonly determined to approximate its mineralization and degree of pollution.

It is a conventional indicator.  It determines the ability of water to take up oxygen from a strong oxidant (potassium permanganate) on oxidizable organic and inorganic compounds contained in water. The indicators of this parameter are very important to the overall assessment of water pollution.

Exceeding the permissible standard of iron in drinking water will make it cloudy with a brownish-rust color. Its taste will also change from neutral to metallic. Paradoxically, consuming water with a high iron index does not affect our health. However, it does affect the life span of our waterworks, because iron deposits precipitated from water are deposited on the walls of water pipes. Over time these deposits harden, reducing the effective diameter of pipes and causing a drop in water pressure and consequently failures. Such pipes with deposits also become an ideal environment for the growth of microorganisms.  Those microorganisms can pose a serious health risk.

Water with a high amount of iron also stains bathtubs and sinks with a rust film as well as our laundry. To get rid of high levels of this element,  the so-called iron remover is used. This is a device equipped with filter beds that are designed to oxidize iron compounds, causing them to precipitate in solid form and then retain them on the surface.

In tandem with iron, manganese is present in water although in far smaller quantities. It causes the same severe effects as iron.  It stains sanitary equipment and washed fabrics, settles in pipes, causing numerous failures, thus creating a favorable environment for the growth of microorganisms. Excess manganese causes deterioration of the color and taste of water, making it unfit for drinking. The WQS of manganese level in water has been set for economic reasons. It is an optimum value for maintaining systems and household appliances that come into contact with water in good condition. High levels of manganese in water can be eliminated with demanganese separators or multi-purpose stations. A reverse osmosis system should also remove manganese.

Ammonia detected in water is not an immediate threat to health.  However, it can indicate that something wrong is happening with our water. This chemical compound gets into the water in two ways: as a result of natural decomposition of plant matter or as a result of communal / industrial sewage or artificial fertilizers. Other water parameters – high oxidation, increase in other forms of nitrogen, and bacterial count – will indicate that the water has been contaminated. Regardless of the source, the presence of ammonia can cause secondary water contamination. Its presence in the sanitary system results in a reduced amount of oxygen in the pipes.  Such an environment is, in turn, an ideal environment for the multiplication of dangerous bacteria.

Ammonia can be removed from water by three processes, namely degassing, biological nitrification and ion exchange. The latter is considered the most effective and is used in multi-purpose stations.

Nitrates and nitrites are formed by nitrogen metabolism, oxidation of ammonia, and ammonium salts. They are a natural component of water and may occur in small concentrations. However, their large increase in water means water contamination and danger to human health. This is usually caused by sewage, industrial effluents or nitrogen fertilizers used in agriculture. Nitrates in drinking water are deposited in the body.  There they are converted to nitrites, which are six times more harmful. They are particularly dangerous to children under 2 years of age.  This is because they interfere with oxygen transport in the bloodstream, leading to the development of cyanosis. There are indications that consumption of excessive amounts of nitrates and nitrites may contribute to cancers of the stomach or other parts of the digestive system.

A reverse osmosis system or ion exchange equipment should be used to remove nitrates from drinking water.

Chlorides are natural components of groundwater and surface water. They seep into the water from mineral deposits in the soil. For human health chlorides do not pose any threat.  However, their high concentration increases the corrosiveness of water.  It also adversely affects the irrigation of plants. To reduce the content of these compounds in the water (especially sodium chloride) a reverse osmosis system is used. It is worth noting that chlorides in water may also appear as a result of its contamination with domestic or industrial wastewater. Chlorides coming from such a source make the water unfit for drinking.

We should also test drinking water for microbiological parameters:

Most coliforms are not a threat to human health. They have an indicative character.  Their presence in a tested sample clearly shows that there are other pathogenic microorganisms in the water.  Since bacteria from this group are found in feces, it means that our water source has been contaminated with sewage. If coliforms are found to be present in the tested sample, such water cannot be drunk without boiling.

Escherichia coli is found in human and animal feces. Its presence in a test sample indicates that the water has been contaminated with feces.  This could be due to ingress of municipal sewage or natural fertilizers. Its presence in a test sample indicates fresh water contamination and signals the presence of other pathogenic microorganisms (e.g. Salmonella). Some strains of Escherichia coli can cause symptoms of food poisoning, i.e. diarrhea, vomiting, abdominal pain and fever. This bacterium can also lead to urinary tract inflammation and, in the case of newborns, meningitis.

The presence of fecal streptococci in a test sample indicates contamination of drinking water with human or animal feces. They are very resistant to survival in adverse conditions, including the disinfecting effect of chlorine. Within this group, only two species cause human disease – these are Enterococcus faecalis and Enterococcus faecium. They can cause, among other things, inflammation of the urinary tract, meningitis and pneumonia.  Special UV lamps (or UV sterilizers) are used to purify water of bacteria and viruses at the water intake point.

Find out how best to test your water and how to interpret water test results.