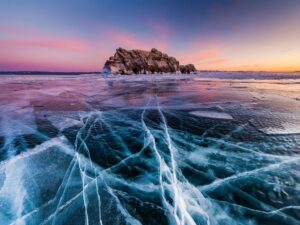 Lake Baikal is one of the largest, oldest and deepest lakes on Earth.  The lake contains over 20% of the surface fresh water on Earth.  In addition, it is one of the most scientifically interesting lakes on the planet.  While most lakes originate from rivers or dams, Baikal was formed via a geological process.

According to I. Shiklomanov and P. Gleick, most of our lakes are relatively young. They are less than 20,000 years old and formed during the last ice age.  It is estimated that just 20 lakes are more than 1 million years old.  Lake Baikal is one of these ancient lakes, estimated to be 25-30 million years old.  This is confirmed not only by the geology of the lake itself, but also by studies of the water and sediments.  Other ancient lakes include Lake Issyk-Kul in Kyrgyzstan and Lake Maracaibo in Venezuela.  Unlike Lake Baikal, these are saltwater lakes. 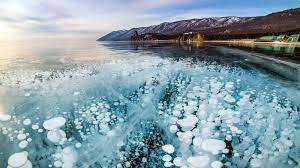 Although Lake Baikal has an area of 31,000 square kilometers, making it the seventh largest lake, its depth of up to 1,600 meters makes it the deepest lake on Earth.  The mountains on both sides of Baikal exceed 2,000 meters (nearly 7,000 feet) in height.  To an outside observer, the shores appear quite shallow, but this is misleading.  In addition, Lake Baikal contains 7 kilometers of sediment filling its bottom, which is the deepest continental rift on Earth.  The lake has three separate basins.  The deepest (central) pool reaches a depth of 1,642 meters (5,387 feet).  Moreover, the bottom of the lake is more than a kilometer below sea level. 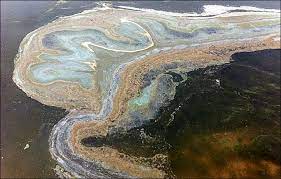 Lake Baikal is home to 2,000 unique animal species found nowhere else on Earth. For this reason, it is protected as a UNESCO world heritage site.  Despite its UNESCO listing, Baikal remains threatened by industrial and agricultural pollution and other environmental problems.  They include mining activities and potential oil and gas exploration.  As a result, the average surface temperature of Lake Baikal has increased by 1.5 degrees Celsius over the past 50 years.  This is a dangerous harbinger of what lies ahead.

Interested in learning more about different lakes?  Try our other articles.