Water from the Moon?

Is Water from the Moon Science-Fiction ? 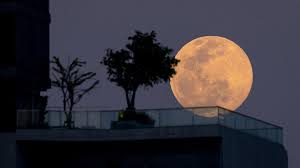 The US Space Program is on the verge of ‘water fever’ from the Moon. This is all because of several companies working to build water-seeking robots to be sent into space in the future. This is confirmed by NASA scientists who are looking at the possibilities of extracting ice that is supposed to be found on the Moon.

“It’s like the gold rush that created California,” says Phil Metzger, the managing physicist of the Granular Mechanics and Regolith Operations Laboratory, part of Kennedy’s Office of Surface Systems. “This is water fever.”

Capturing the water or at least proving that it’s possible rests in the hands of Pittsburgh-based Astrobotic Technology. This small company signed on to phase 3 of Small Business Innovative Research to continue working on developing the technology NASA will need to extract resources from space in the future. The company is already in the advanced stages of building a rover that will be able to operate autonomously. A contract has been signed with SpaceX to enable the company to send a lander and rover into space on a Falcon 9 rocket in October 2015. Astrobotic Technology is competing with several other companies for the Google Lunax X Prize, a prize worth up to $30 million funded by Google. “Our goal is to land on the lunar surface in October 2015 and find water there,” says John Thornton, a CEO of Astrobotic.

Water on asteroids, the Moon or moons of Mars represents a potential opportunity for NASA’s space exploration plans. That’s because the resource could be used in a number of important ways by astronauts traveling into distant space. Water, consisting of hydrogen and oxygen molecules, can be turned into breathing air as well as rocket fuel, not mentioning the possibility of filtering and simply drinking it. “Harnessing these resources is key to making space travel and space settlement cheap and permanent. We’re starting to learn how to live on the surface of another planet,” says Rob Mueller, a senior technologist in Kennedy’s Surface Systems Office.

“It’s a very interesting resource if you start thinking about how to explore the universe beyond Earth, and how to use the resources that are in our solar system,” Thornton says. “This is the first step toward using the resources in our solar system to maintain our presence beyond Earth.” Not having to send all resources from the Earth’s surface will dramatically reduce the cost of exploration as well as reduce the risk to crews traveling to asteroids or Mars. “Analyses have been done showing that you can reduce the burden of a mission to Mars by 3 to 5 times if you can get the fuel in space instead of sending it all from Earth,” Metzger says.

Thornton also points out that at least a few companies are making plans to build machines to send to the Moon, confirming that the potential is real. “If we were doing something really significant, but nobody else was trying to do the same thing, then it might turn out that what we’re doing isn’t that significant at all,” Thornton noted. 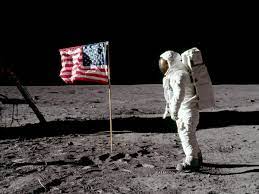 The Apollo astronauts found no signs of water or ice while walking on the Moon’s surface near the equator in 1969 – 1972. The rock and soil samples they brought back to Earth also did not indicate the presence of water. However, several probes sent over the past 15 years have provided a wealth of data.  The data indicate that frozen water is not only found on the Moon, but that there is water aplenty. “None of these indications have been clearly confirmed yet,” Metzger says. “We really need to send our exploration vehicles out there in order to analyze these deposits.  We also need to answer questions such as what is their distribution, how deep are they?

An important question now is to determine whether water on the Moon is in the powder form (the kind skiers encounter on the slopes).  Or whether it is solid like an ice cube or whether it has seeped inside chunks of soil and frozen to form rocks as hard as granite. Lunar explorers won’t be surprised if they find water in all three forms as mechanical explorers explore the lunar surface. “Our guess is that it will be ice,” Thornton says. “Probably small pieces of ice mixed with regolith.”

Of course, exploration is much more than the ability to ask pertinent questions. Then there’s the question of inventing the technology to land a rover on the lunar surface.  It must be sufficiently cheap, so a private company can afford the expense.  On top of that, you still have to build a rover that will be able to drill or dig into the Moon without detaching from its surface in low gravity.  Moreover, the rover must be kept warm and powered in the shadowed regions of the moon.  It must also survive the lunar night.

Metzger is pleased with the company’s progress. “They’re doing a great job, their excavator is progressing well,” Metzger said. Thornton said replacing the rover’s modular digging component with a drill and attachments was not particularly complicated process. The mining casing is an excellent solution for the mission in terms of scale, mass and energy. We took out the digging part and replaced it with drilling instruments,” Thornton says. Astrobotic will test its rover and hardware in a sandbox.  It will contain simulated lunar soil, which Kennedy’s Surface Systems Office uses for the annual Lunar Robotic Excavation competition.  It will aim to prove that the rover will perform well on the lunar surface. “You have to be able to fly to the Moon with some degree of confidence that your vehicle will be able to move and dig into the lunar surface,” Thornton said.

While the NASA is excited about the possibility of acquiring new resources to enable space travel, Astrobotic wants to begin the process of mapping the largest water deposits on the moon, along with their chemical content, to then use that data to develop a method to extract and use those resources. There are no plans to bring water or other resources back to Earth. “The beauty of sending a robot to the moon is that it doesn’t need a return ticket,” Thornton says. “The moment we know where the water is and what form it’s in, we can prepare a system to produce it in small quantities. Water is a critical resource, because you can drink it, breathe it and use it as rocket fuel.

There are still many questions that need to be answered before astronauts can count on the Moon, asteroids or Martian moons as fuel and air depots.  However, Metzger and Thornton agree that the answers to these questions are within our reach. “That’s a reason to try,” Thornton said.

Read other articles in my blog.