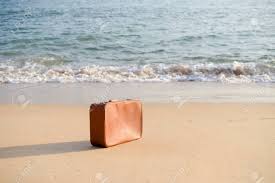 It has been recently reported that researchers at MIT have constructed a simple, lightweight and portable device that can automatically remove particles and salts from saltwater while generating clean drinking water.  The device requires no filters or high-pressure pumps and can be operated with the push of a button.  When salinity and particle levels reach certain target values, the device notifies the user that the water is safe to drink.   Read more about this ICP-based desalination device.

The desalination device uses ion concentration polarization (ICP) technology.  The device does not filter the salt water.  Instead, the ICP process applies an electric field to membranes placed above and below the water channel.  The membranes repel positively or negatively charged molecules, such as salt particles and microorganisms. The charged particles are directed into a second stream of water and then expelled. This process removes both dissolved and suspended solids, allowing clean water to flow through the channel. However, ICP does not always remove all the particles present in the water.  Therefore,  electrodialysis was used to remove the remaining particles. The optimal configuration includes a two-step ICP process followed by a single electrodialysis process.  As a result, the end-to-end process minimizes energy consumption and ensure that the device self-cleans.

The researchers managed to shrink the desalination device to the size of a portable unit no larger than a suitcase.  A mobile application was also developed for the device.  It controls the device and provides real-time information on energy consumption, amount of water produced and salinity levels.

Based on preliminary tests, the device is characterized by the following parameters:

The device has been tested at Carson Beach in Boston, MA.  In 30 minutes, the device generated an amount of water equal to one plastic cup of water.

Having completed the initial prototype, the MIT researchers plan to optimize their device, increasing water production and improving its energy efficiency.  It is believed that the researchers will seek to commercialize their technology through a startup to mass produce ICP-based desalination devices.  Target customers are likely to include people in remote marine areas with limited resources, such as communities on small islands as well as yacht and ship crews and passengers.  The military sector could also be interested in the device.  It could improve water supply for soldiers conducting prolonged military operations in coastal areas.

Learn about other water filtration methods from our blog.